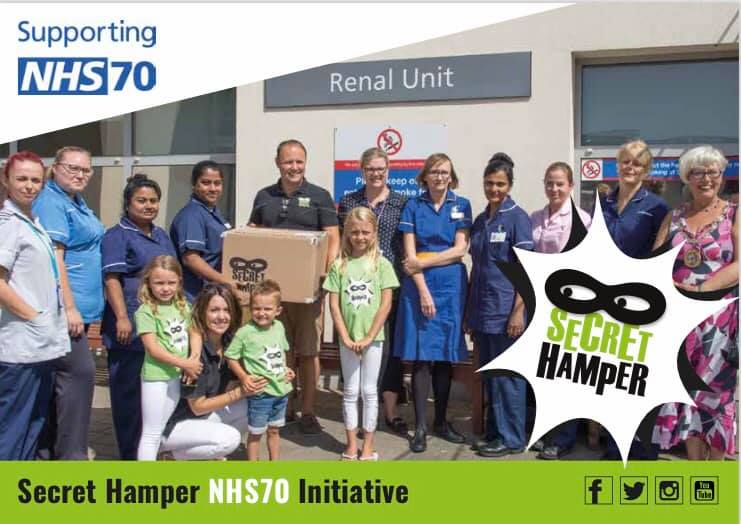 Secret Hamper – the home of Random Acts of Kindness.

Secret hampers provide a range of gift boxes and hampers that can have an incredibly positive impact on someone’s life! The service is convenient, super quick and easy to use. “With our often busy lives, it’s difficult to send our appreciation and gifts to our loved ones. But with just a few clicks at Secret Hamper and we’ll take care of the rest.” – Nigel Richardson.

The idea came after founder, Nigel Richardson was inspired to perform a random act of kindness after watching the Co-Op Christmas Ad in 2015 where a young lad left a bag of groceries on his elderly neighbours doorstep after being left housebound by wintery weather. This advert really resonated with Nigel and he remembered an elderly neighbour in his village that was on his own. Nigel jumped in his car and went to his local supermarket where he filled a bag with goodies and left it on his neighbours doorstep at 22:12 23/12/2015. Nigel felt like he had a purpose in life and wanted to create a platform for others to feel the same way, Secret Hamper was born!

As the business has evolved over time, they now source more local products – supporting over 30 local businesses! Recently launched was their NHS70 initiative, a campaign where they aim to reunite the UK with a simple act of kindness aimed at the unsung heroes of our NHS who dedicate their lives caring for others. The goal is to deliver 70 hampers, which have been sponsored (£70) by local businesses, sports stars, celebs and individuals to 70 hospitals around the UK which could reach in excess of 200,000 staff.

At Secret Hamper, the aim is acts of kindness. The company recently made it into the News for helping Theo Paphitis celebrate his 60th birthday by sending 70 bespoke hampers to the staff at the Royal Manchester Children’s Hospital – a cause close to Theo’s heart. 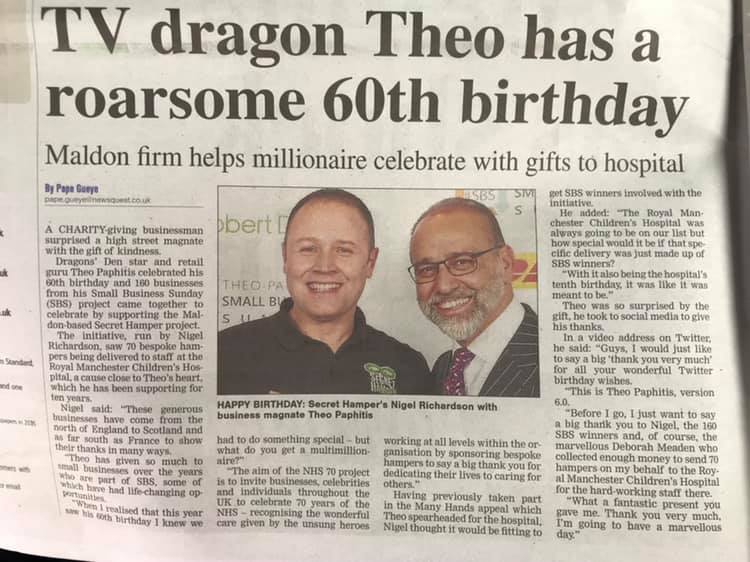 Universal Web Design is proud to sponsor such a wonderful charity that helps so many people out there.